Meaning and function of PCB layers 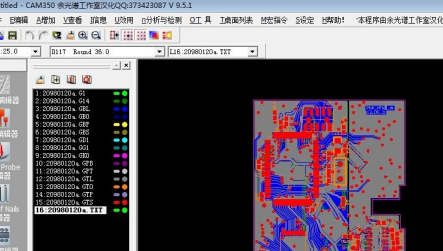 1. Drilling layer: the drilling layer provides the drilling information during the manufacturing process of the Printed Circuit Board (for example, the via hole of the pad needs to be drilled).

2. Signal layer: the signal layer is mainly used to arrange the wires on the circuit board.

3. Solder mask: apply a layer of paint, such as solder mask, to all parts except the pad to prevent tin from being applied to these parts. The solder mask is used to match the pad in the design process and is automatically generated.

4. Solder paste protective layer, s-md patch layer: it has the same function as the solder resist layer, except for the corresponding bonding pad of surface bonded components during machine welding.

5. Forbidden wiring layer: used to define the area where components and wiring can be effectively placed on the Printed Circuit Board. Draw a closed area on this layer as the effective area for wiring. It cannot be automatically laid out and routed outside this area.

8. Mechanical layer: it is generally used to set the overall dimensions, data marks, alignment marks, assembly instructions and other mechanical information of the circuit board. The information varies according to the requirements of the design company or PCB manufacturer. In addition, the mechanical layer can be attached to other layers to output the display together.